Thought I would give you all a little something of a collection of a few bands that I have come across that have either only done a one off track, side projects or just emerged in the genre with a demo or Ep being released to date, so welcome to HodgeProg!

With all the accessibility to recording gear these days due to the advent of technology we have been blessed with so many people now making music which is amazing to see and as I mentioned before that the social media sites assist these bands and artists to get their music out there globally faster than ever before. Often band members will collaborate ideas with friends in other bands to do something that their home based band isn’t in to or different form the genre they are in allowing free expression etc. Also, musicians will often go in completely opposite directions for a period of time exploring different styles of music altogether, i.e.The Alex Skolnick Trio, Skolnick known for his firey guitar playing in the metal band Testament has been playing jazz (as well as three other projects) since 2001 in this power trio group covering popular hard rock, progressive rock and metal songs in their set lists. So a lot musicians do not limit themselves to just one style of playing and venture off in to various styles of music to maintain their creativity and also they enjoy the variety of other music just as we do.

Here we will have a look at three different groups and their offerings to the world of Prog and hopes of them releasing new music and full albums in the near future.

Sörskogen, A Swedish side project that has only to date released one song through the internet although there are rumours of three other songs that have also been completed but not made available anywhere to date. The one song that has been released is “Mordet I Grottan” , a 6:18minute piece that is just a mouth watering teaser of what could have been part of a full blown album by Mikael Åkerfeldt of Opeth and Dan Swanö of Witherscape. This heavily influenced 70’s track shows the skilled craftsmanship of what can be done in one’s spare time. A humble start then a drop in to some dirty guitar work with flange effect and a simple lead that walks over the top with some great 70’s synthscapes. It pulls back in to a calmer Prog passage as it plays out like a track by Camel with a ballad King Crimson vocal styling to it. The tempo/timbre shifts are subtle and certainly compliment the song along with some stellar drumming. The guitar solo, short and blistering followed by a synth solo that has Yes written all over it as it then cuts right off with a quick nosedive and then nothingness.

Warmrain, a UK band that has played a few shows with The Pineapple Thief and has been working on their debut album but has been held back by some personal situations as well as making their first album a double Lp. Prog magazine has put out two songs on sampler Cds but made a small glitch regarding the album but we can move past that as the band has a couple of tracks out and so far three songs are presented here. “Absent Friends” has a gentle acoustic intro reminiscent of Queensrÿche’s Silent Lucidity but this song takes a very different angle on the acoustic Prog track. The vocals are as calm as the guitar work then just over a minute in the bass and drums drop in from nowhere with a thud that just blows this song in to a great Prog ballad. Solid and straight forward it fills in the start/stops with the bass and drums to allow the acoustic to return to the forefront with the vocal track that is humble and engaging as his tenor voice is smooth and never falters throughout. The guitar solo gleans the song’s blades and pulls the ground from up under it stretching every note with deep emphasis played in every note. A pinnacle and well featured track to be on the debut record for sure and a standout piece of music regardless and 8:45minutes well used and performed. “Fading Star” enters in with another acoustic commencement but the bass adds low end inflections and the drums walk right in shortly thereafter with a staunch pattern that marches straight forwards. The double track solo makes one think of Pink Floyd’s double tracked solo two note bend in 1977’s Dogs. The tenor vocal graces us again keeping with the band’s eloquent tones as the song flows like gentle waters with just a slight rough edging. It picks up around the three minute mark to a choppy trounce as the music becomes a bit more aggressive and striking showing the tempo/timbre changes then does the shift again to a gallop on the drums as the vocals go in to a tunnel effect and the guitars accentuate the scene as the bass keeps the heartbeat pattern going steadily. The guitar work has an Egyptian flare to it with its effects and the snapping drums are tight in their formation patterns as the bass is the pulse and heartbeat with their sound filling your room and your head. Another song that is just over the eight minute mark and not a note wasted on anything here, it keeps you engaged from start to finish. “I Look to the Sky”  clocks in just under six minutes and has a very Floydian feel to it and with the rain effect in the background adding emotional context to it as the guitar work turns the pages to the vocals words. The band creates ethereal moods with this one with haunting lead guitar passages, slow bass lines and drumming that has the ebb and flow waves bringing you close then pushing you away as it sways throughout the track. Heartfelt vocals held within which are sublime and ghostly at times chime in and out throughout and as the song fades they can be heard fading away in the distance behind the music.  Sadly there is no YouTube videos by the band as yet but they can be found here and they do have a spotify link to have a listen to them. With all the best to them and much support in their releasing of the new record and working through their other situations in the meantime.

No Harbor, very little is known about the band and they aren’t Prog in the truest of  sense of the genre but do display some facets of the softer side of the genre. The two songs available are about all that is in circulation at the moment. “Out into the Fog” comes in with a dreamy synthscape and synth’d up vocal that has a very early 60’s feel to it in the harmonic sense of the early Beatles and Beach Boys records did. This track brings a bit more musically to it similar to the Norwegian band Ossicles has done with Prog where a variety of influences are drawn in to the mix and laid out in some kind of architectural diagram. The piano and guitar work here are as heavenly as the vocals which are well harmonized and gentle throughout. More of the spacerock facet of the Prog genre and complete with the trippy guitar solos and synths blended in together. The song shifts up the changes a bit three quarters through to pick it up a bit and take us further in to the depths of their spacial sounds. The synth solo at the end has a distinct UK underground mixed with the Haight-Ashbury scene of 1967 San Francisco as it fades out to end off. “Crime Unknown” certainly has a Beach Boys vocal feel with the way the track has a bounce to it and add in some quirky synth notes it brings in the UK 80’s pop sound as it fills in the drum patterns that swing in and out dropping the tambourine Davy Jones sounds momentarily only to come back as the next verse begins. This has more of a Pet Shop Boys feel to it but still from all the shifts and changes they pull off it has snippets of some distant Prog tones to it but not as much as its counterpart before it. The guitar solo is low and dirty with a bit of fuzz to it giving it that UK sound of ’66 feel to it. Short but sweet it doesn’t quite fill the Prog recipe but with all that we have to go on with the band may be working on other music that will either delve deeper in to Prog or go more Pop orientated, who knows!

So we definitely have one band, Warmrain, to look forward to releasing their debut record hopefully this year with great anticipation and for the others… one can only hope that we see the light of day to new music by them and perhaps a full blown album as well. Often bands don’t make it past the demo phase and they dissolve in to other bands or to nothing at all, I’ve been in both situations and you end up shelving ideas for another band some other day. Enjoy 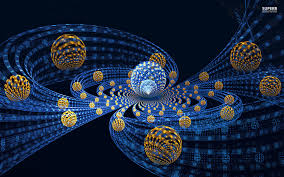