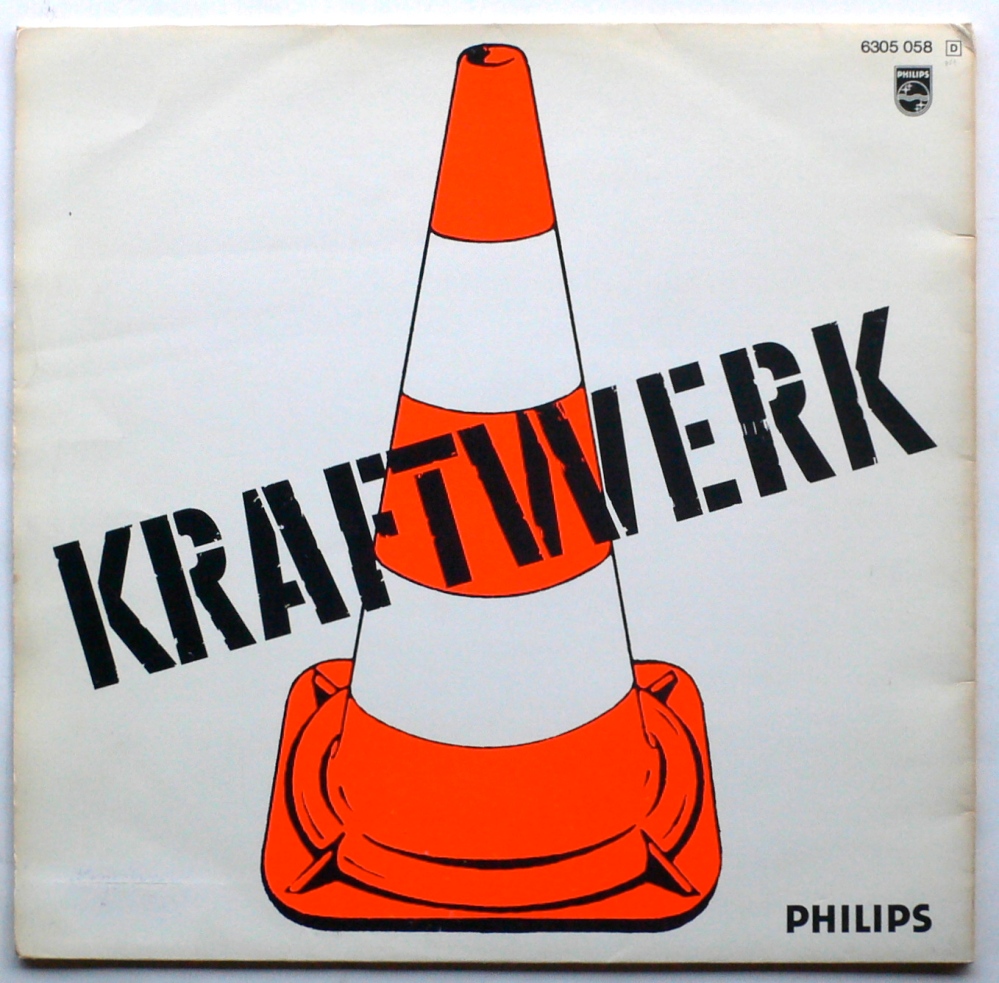 “Kraftwerk”, the name rings synonymous with electronic music, grandfathers of modern revolution electronica, pioneers of the electric age, synth wizards, you name it. BUT! Before they went all synth and technologically advanced for the rest of the world, they were an experimental Progressive Krautrock band that played some pretty amazing stuff! Yes we are still on the German kick but hey it’s not their fault that they made some of the most awesome music at a time when Deutschland had finally come out of their post WWII slump and began building themselves up again in the 50’s so by the 60’s they were the place to be for the scene and sounds. The Beatles made the scene in the early sixties to hone their craft in Hamburg’s Reeperbahn which was also the redlight district making it very seedy in spots. Other UK bands also ventured in to the land of beer, sausage and schnitzel to build up their repertoire and master their sound with the likes of; The Pink Floyd, Black Sabbath, Gentle Giant et al. But for German musicians it was all about experimentation and pushing the envelope farther than ever and being the masterful creators of many a great things they delved in to music deeper than anybody else and they looked to see what they could do to make it more exciting and different.

Artists like: “Karlheinz Stockhausen“, “Conrad Schnitzler“, “Amon Duul“, “Can“, “Embryo“, “Floh de Cologne“, “Kraan“, “Popol Vuh“, “Faust“, “Cluster“, “Anima“, “Tangerine Dream“, “Eiliff” and many others like them. The list of German bands and artists is miles long and everyone varied on everyone else to be as different as possible. It wasn’t a race, wasn’t a challenge to be weirder or different than what the other bands were doing, it was just how the scene went, brilliant and beautiful collections of an ocean full of bright new and creative musicians. 1969 presented the turning point for German bands to come alive and start putting out albums that began to help shape the future of German Progressive music or “Krautrock” as it affectionately became to be known as. Some of the music that came out wasn’t even performed by musicians but by technical geniuses (Conrad Schnitzler) who knew what wires to hook up and buttons to push to create wonderful arrays of swirls and whirls and notes that made a sound and sounded like music.

It was also the year that saw the release of “Tone Float” by a little band called, “Organisation” who by 1970 reinvented and renamed themselves, “Kraftwerk“(Power Plant). Their first album is a collection of experimental Prog wonderment of five songs that became the blueprint to revolutionize a genre. An instrumental album of stranger tastes combined to create a unique blend of German technology and musicianship sounding like nothing coming form the UK or North America. A collective of what sounds like ill working carnival music machines and your typical band instrumentation thrown into a bowl, tossed and stirred together and poured in to a pan and baked at 350 degrees for 2 hours and a fine golden brown. What am I saying?! Well….. it’s true, that’s what this record comes out as. Some of it sounds like ancient temple tones that is the gateway music to a sacrifice by some High Priest in glowing red robes giving the soul of some poor unknowing suspect to a God they worshipped thousands of years ago. It plays out as it is, an experiment in sound to see what they could do with traditional instruments and the kitchen sink in ways that were very unconventional according to your average listener and classically trained musician.

1970 saw the band change their design and makeup quite a bit with the release of their first album as “Kraftwerk” a more intensified record of better arrangements and precision instrumentation as well as experimentation with sound oscillators and synths combined with flute, guitar and drums. More of what you’d expect at a premiere of one of Warhol’s soup cans exhibits then a German “rock” group. Four songs that was music on a different level and played by different people who came to change the way you listen to music. Formed in Dusseldorf, North Rhine-Westphalia technically in 1970 the band consisted of; Ralf Hutter, Florian Schneider, Michael Rother and Klaus Dinger, the latter two later formed “NEU!” in 1973 whilst Hutter and Schneider continued on with the Kraftwerk moniker releasing ground-breaking albums of electronic wonder. The later KW albums post KW2 completely lost the Prog aspect of things evading towards techno-pop synth electronic based concept albums so around 1972 is where we stop for KW Prog. What took on experimental fusion improvs circling around the album songs live the band held check on record to maintain the record label and at-home listener from getting lost in their translation of Neo-Deutsch-Krautrock-Prog mayhem.

The opening number, “Ruckzuck“(Hurry up/In a Flash) sounds like an alien steam train gearing up and rolling down some distant realm track as it speeds up and slows down gaining momentum till it sounds like it struggles going up a hill only to pick up where it left off as it glides downhill and speeds along its path. The song moves along creating the vibe that opens the floodgates for the rest of the record. “Stratovarius” follows next with what sounds like the soundtrack from an episode of the Twilight Zone or the Outer Limits with its three minute intro of dissonant notes until we get something that resembles what we know as music around the 4:50 mark when the guitar, drums and synths fall in to place and forge a groove till it meets its cacophonous end after 12 minutes. “Megaherz” starts off like you dropped a coin in to the slow to start up the whirligig machine that sounds like central vac kicking in and then swirls and whisks keyboard notes like they’re being sucked out of plane till it calms down to a serenade of triangles being played like a wind-chime in the breeze followed by a serene flow of synth waves of electric running waters going past your mind, a very meditational piece after the mayhem dies down. “Von Himmel Hoch“(From the High Skies) the final track on the record making it creep in like a midnight bombing raid as it segues in with the sound of Luftwaffe engines wreaking electrified havoc from the skies. Hence the song title meaning. With yet another somewhat lengthy intro with the effects the song doesn’t really begin until after the sounds of bombs going off around four minutes in. Another experiment in sound and speed along with “alien” language noises then eventually segues back in to a groove that is more funk and experimental let’s see where this goes and finish off on another cacophonous ending with a final bomb dropped to release the kraken and explode your mind one last time.

“Kraftwerk 2” was more mellow in its approach and five songs that trail out to a calmer ending more of an epitaph record than the BIG follow up Lp and the song structure was a nit more organized by this point. Also, the experimentation aspect of the album succeeded its predecessor and actually became the segue to the next album simply titled, “Ralf und Florian” from 1973. There are a couple of great bootlegs from the 1971 period of KW that have survived the trading circles and the decades since their performances; Auditorium Maximum, Hamburg, West Germany April 1971, Beckerhallen, St. Ingbert, West Germany July 11th 1971 and the K4 Bremen Radio Broadcast at Das Gondel Kino, Bremen, West Germany June 25th 1971 all of which demonstrate the intense raw power of the band as well as their abilities to expand on songs and turn them in to extended improvised jams that have audiences thoroughly satisfied. The St. Ingbert performance is a bit of chuckle because you can hear people setting tea cups down and forks clanking on to desert plates as if it was serving tea and cake for the afternoon show. All well worth sourcing out and in decent sound for the most part, especially the Bremen Radio show.

“Kling Klang” opens up the record with being the longest song on the record and sticking to true Prog fashion of putting the longest song elsewhere than the traditional last spot they opened up with it instead. Often easily mistaken as about three or four songs because of the start/stop/start again aura about the song and each time it does that it’s an entirely new facet of the song giving it “sections” more than one fluid piece of music. Mellow and with meditation angles and aspects to it one can easily relax and be calm to this track that even your grandma could possibly enjoy. This album flows slightly better than the first but does has spots where it seems to just peter out in to a whatever moment of thought. “Atem“(Breath) is literally just that, someone breathing through a scuba gear apparatus for almost three minutes, not much else really to say, how avant-garde Prog can you get? “Strom“(Current) starts off very much like someone’s first attempt at plugging in an electric guitar and hitting one note at a time with what sounds like a torn/cut speaker in the amp. Simple but effective way to get classic early British Invasion distorted guitars pre-invention of pedal effects, (listen to The Kinks “You Really Got Me” for a perfect example). It leads in to an after thought of just mellow strums combined with another effect and a serene funeral procession keyboard and flute resonance over top of it. “Spule4“(Coil 4) has a spaghetti western meets sci-fi interstellar movie motif to it as the notes are bent and swayed with a slide effect on a guitar as they are moulded and shaped to accommodate the theme of the record. It keeps the theme consistent throughout the song until it finishes off in to a more sci-fi mysterious planet exploration soundtrack. “Harmonika“, the last track to go through is literally a self-explanatory title except it sounds as if it has been run through an oscillator and other filters before being played. As if a peaceful close out to the record was needed and it quietly end the album. This more simplistic approach to this Lp was probably a handful of leftover ideas from the first record and the rest of the new ideas applied accordingly. Thus the record ends.

Kraftwerk includes many elements of the Prog recipe but is more an extension of Prog as a sub-genre with the avant-garde aspect as well as experimentalism to the extreme, aka “Krautrock“. Not Prog in the truest sense of the genre but certainly a facet of it that can’t be ignored or denied their rightful place in the Halls of Prog. Kraftwerk and some of the other bands like them forged a new style that many bands after them incorporated pieces of in to their music helping shape and configure the architecture of the Prog genre for years to come.

Many bands have accredited Kraftwerk of being a great influence to their music and style in which they play and whether it was the early or later material Kraftwerk has certainly influenced not just the contours of Prog but the whole metamorphosis of several genres of music that evolved out of the 70’s to this day.